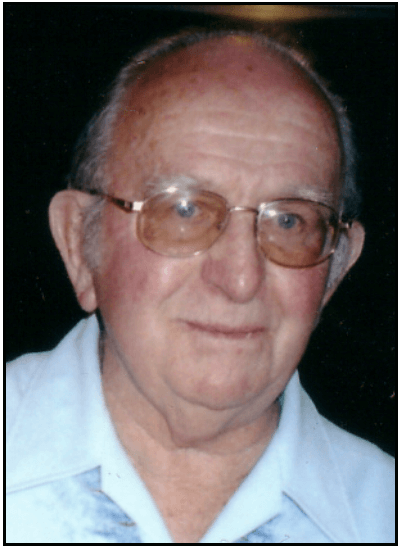 TTNZ Life Member Trevor Flint passed away on Saturday 8th June in his 95th year, after decades of service to table tennis. Trevor was inducted into the TTNZ Hall of Fame in 2005.

He was surrounded by his family at Anthony Wilding Hospital in Christchurch. The Funeral Service for Trevor will be held in The John Rhind Chapel, entry from London or Whitmore Streets, Christchurch, on Wednesday, June 12, at 10.00am.

Trevor was a highly ranked player, with his best performance being runner-up to Bob Jackson in the 1953 NZ men’s singles. He represented the South Island 5 times between 1947 and 1952 and played 200 representative matches for Canterbury. He will be remembered as one of the few players to master heavy top spin drives in the days of pimple bats, a forerunner to the fast loop drives following the introduction of smooth sponge bats.

In 1951 he was a member of an unofficial New Zealand team at the World Championships in Vienna.

A back ailment brought an early end to Trevor’s top level playing career and coaching became his forte. He was appointed Director of Coaching for Canterbury in 1964 and NZ Director of Coaching in 1970. He undertook at his own expense a fact finding trip to Japan, Singapore, Hong Kong and Australia, consulting with coaches and studying coaching methods.

He ran a number of National junior coaching schools and directed the senior training squad in 1972. He also held many Coaching of Coaches seminars. He was official coach of New Zealand teams to travel overseas from 1971 to 1977. This was a wonderful boost for national teams which had previously had to function without the help of a coach.

Trevor was a member of the Canterbury Executive from 1964, and President for over 20 years.

He retired from coaching in 1980 and switched to administration - managing or assisting at several NZ Open Championships and two specialist international events - the 1983 World Deaf Games and the 1999 World Wheelchair Games.

In 2002 at the age of 77 Trevor was awarded the Order of Merit (OM) in the Queen’s Birthday Honours List for his services to table tennis.